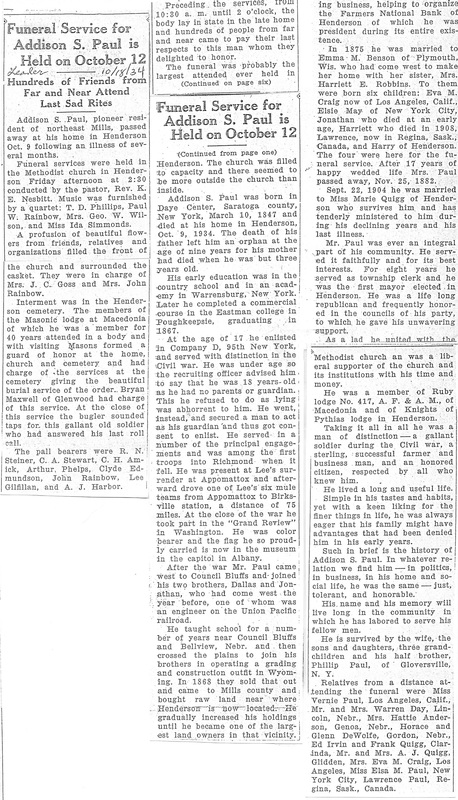 Addison S. Paul Died in Henderson Tuesday Morning
Gallant Soldier, Pioneer, Teacher, Farmer, Banker; Funeral Friday
___________________________
Addison S. Paul, one of the few remaining members of the G. A. R. in Mills County, and a pioneer of northeast Mills, passed away at his home in Henderson Tuesday morning following a lingering illness of several months.
Funeral services will be held in the Methodist church in Henderson at 2:30 Friday afternoon.
The body will lie in state in the late home from 10:30 a. m. until 2 p. m., Friday.
Mr. Paul has lived in Mills County for more than 66 years and was well and widely known in Mills, Montgomery, and Pottawattamie counties.
He is survived by his wife, two daughters, Mrs. Eva M. Craig of Los Angeles, Calif. And Miss May Paul of New York City, and two sons, Lawrence of Canada and Harry of Henderson, all of whom will be here for the funeral.
Further particulars in our next issue.
____________
Malvern Leader
Thursday, October 18, 1934
Pages 1 and 6 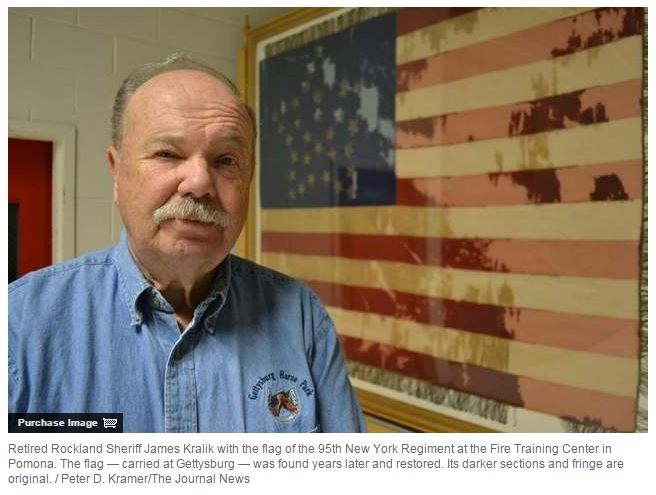 Click on the above image for the entire article regarding Sheriff James Kralik.

This Flag was sent to the Regiment by the authorities of New York city, August 1, 1863. It was borne through the battles of Mine Run, Wilderness, Spottsylvania, Laurel Hill, North Anna, Tolopotomy Creek, Bottom’s Bridge, Bethesda Church, Coal Harbor and Petersburgh, when it became too dilapidated for further use. In the various fights in which it was borne, six Color-Bearers were shot.

The 95th Regiment was organized in the city of New York, under the synonym of “Warren Rifles.” It was in action at 2d Bull Run, at South Mountain, at Antietam, at Fredericksburgh, at Gettysburg, in the Wilderness, at Coal Harbor, and in several other actions and skirmishes. The brave and lamented Colonel EDWARD PYE, of Rockland county, died of wounds received while leading this Regiment at Coal Harbor.

From:
Roster of the Ninety-Fifth Infantry
Page 431 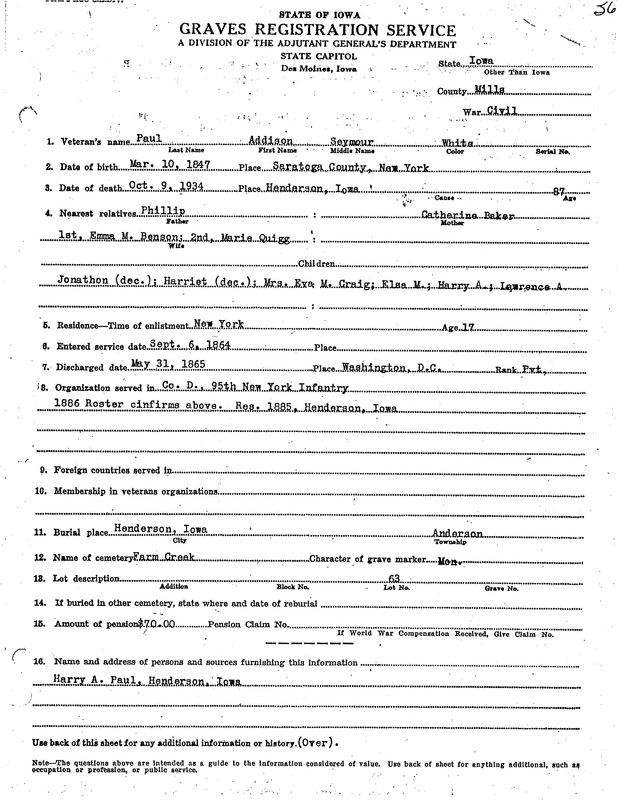