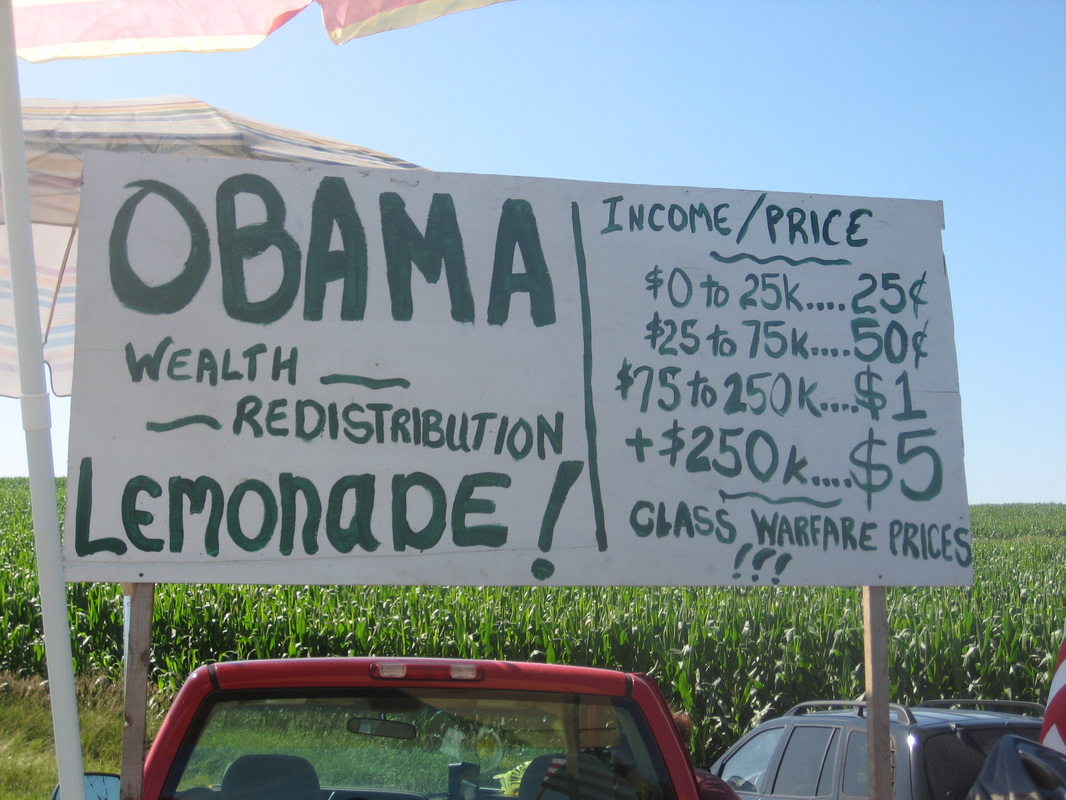 John Scherle squeezed a little politics into the lemonade he sold on his farm near Henderson. According to the signs he posted for “Hope-y, Change-y Obama Lemonade,” with special “class warfare prices” that depend on each customer’s income. Those who make less than $25,000 per year pay 25 cents, while those in the upper income brackets pay a full five bucks.

The profits will help Scherle’s grandson pay off the federal deficit in 2030, according to one sign.“We don’t care if we sell much,” Scherle said. “We’re just getting the message across.”

It seemed to be working, but the message was open to interpretation. Some riders cheered or gave Scherle a thumbs up; others pedaled by with a grumble.