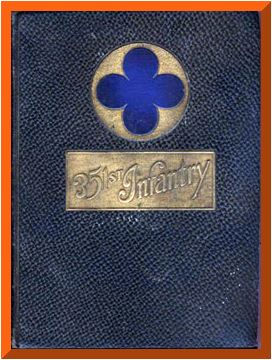 Name:Ray Johnston
Email: Rayatzwds@AOL.com
HomePage: http://
Where are you from: Hedgesville, WV
Comments: My father and uncle served in Co. G, 351st Infantry in the 88th division. Dad was Sgt. Floyd E. Johnston Uncle was M/Sgt. John Carl Johnston Be interested in learning any more about them or what they went thru. They didn't talk much about the front.
October 1, 2000 18:44:12 (GMT Time)

We have met to honor the memory of the officers and enlisted men of one of the regiments of the national army who gave their all at the call of their country. This regiment, the Three hundred and fifty-first Infantry, was organized in September, 1917, from men selected mainly from the western counties of the great state of Iowa, but later, as changes occurred by detachments being sent to other divisions, the vacancies were filled with men from Minnesota, Missouri, Kansas, Nebraska and North Dakota.

The regiment that went overseas was composed mainly of Iowans, but in part of men from all this tier of middle western states—stalwart, clear-eyed, rosy-cheeked young athletes from all walks of life, animated by a single purpose—to serve their country in a crisis, to give the best that was in them for the honor and welfare of the great republic.

The regiment was one of two composing the One hundred and seventy-sixth Brigade of the Eighty-eighth Division, to which I was assigned, and it is my privilege to narrate some few facts about the organization. This regiment, as was the case with other organizations, was made up mainly of men unacquainted with things military, but keen to learn.

They realized that their own success in action must depend upon discipline and knowledge and training, and I will say, from the point of view of their brigade commander, that their efforts were highly successful. Officers and men were subjected to the most severe military training that I have ever imposed or witnessed in my forty years of service.

The daily grind of drill, of instruction, of target practice, of the many seemingly trifling things that go to instill discipline and training were cheerfully carried out. Our time was short. France was calling for assistance and our orders were to train the men quickly, to get them in shape in the shortest possible time.

We worked with them for three months, then came orders from Washington to send these thousands of men elsewhere. The calls were so urgent, our men had acquired their training so quickly, that it was evident the inspectors had recommended that they be transferred to France, so a thousand of the men were sent here, two thousand there.

To one division at Atlanta we sent over four thousand men whom we had trained. Our division and this regiment were reduced very, very materially, but immediately the vacancies were filled up with a similar lot of men. The next contingent came from this state, the Dakotas, Minnesota, Nebraska, and a few from Illinois. Then the grind commenced again.

The younger officers who did not have much experience at first were better fitted by this time, and the second contingent were put through the training period more effectively. The division during the first seven months lost over forty-eight thousand men by transferring them to outgoing divisions, and I happen to have the records of the battle losses of five of these divisions. They were forty thousand five hundred and eight men. We were again filled up, but our officers were becoming discouraged, due to the fear that we might never get across.

Conscious of its power and its ability to render the highest service, the regiment went across, landing in France in the early days of September and continuing its training there where it was in touch with actual war conditions. We lacked considerable equipment, but it was later supplied, and in less than a month from our landing the regiment was sent to the front line trenches, there to meet the enemy it had been training to meet while here at Camp Dodge and overseas; but unfortunately we were met at the outset by a more insidious enemy, one for which our training was useless.

I refer to Spanish influenza. In the division we had over seven thousand cases, but, thanks to the devotion of our medical officers and nurses, our total loss was only slightly over four hundred men; greater, however, than our battle casualties.

While still much depleted by sickness, the brigade was directed to take over the front line trenches in the Alsace sector from a French division. As the Three hundred and fifty-first appeared to the commanding general to be better prepared to take over these trenches than the other Regiment of the brigade, two hundred men were immediately sent from it to serve with and assist the French troops and get the benefit of their experience; later the entire sub-sector was taken over by this regiment, it being relieved later by the Three hundred and fifty-second.

The easiest thing in war is to get men killed; the hardest is to get results and not suffer casualties. An incident which occurred in connection with an American brigade which preceded ours impressed me as a soldier more than any other one thing in a long career. That American brigade was subjected to a German gas attack and over two hundred men suffered from its effects.

They were brought back to our sector. There was a French hospital there and these men were taken to that hospital and thence day by day were carried to the military cemetery. It was a very sad and a very impressive sight, so much so that the brigade commander called his officers together and said in effect: "These are avoidable casualties. You are to see that every officer and enlisted man is thoroughly qualified in the use of the gas mask, which alone affords complete safety.

We cannot avoid casualties by bullets and high explosive shells, but we can avoid them from gas." The discipline of this regiment was such that when it did go as a body into the line, not one man lost his life from gas. Not one of our men "went west" through being subjected to gas poisoning, although we had the same experience in a gas attack as the previous brigade which I mentioned.

The colonel of this regiment told me that one of his men had a gas shell explode so near him as to wound his foot and have the liquid mustard splash on his forehead, and yet, although burned, he got his mask on before the fumes could reach him.

The one hundred and ten casualties of the regiment were almost all from flu, a few from bullets or shell fire, and none from gas; and yet, all who "went west" died soldiers' deaths as truly as though they had been classed as battle casualties. I relate this to show how the study and the work and the energy of these young officers and men were instrumental in preventing loss of life. Our losses would otherwise have been very much greater.

On November 11 we were drawn back, and the maintenance of discipline without the incentive of action began again. It was equal to any in the army. 'We knew it and General Pershing told us so after the armistice.

The war had ended in victory for our arms, and the time had arrived for us to return to the states. On my way to the coast I passed through the city of Paris. One Sunday morning I came out from the Red Cross Hotel and looking up toward the brilliant blue sky—the sky seemed bluer in Paris than anywhere else—there appeared a bank of dark clouds over in the east and from that bank of clouds emerged five white aeroplanes.

They were French planes flying in formation and they silently passed a strip of blue sky and disappeared in a mass of white sunlit clouds to the west. Their altitude was so great that the noise and whir of the propeller blades and motors could not be heard. Their appearance was most impressive.

They looked like great white birds and were going west. In the army we talk about "going west," never about death. It was my privilege to investigate the origin of that expression, and I found that the idea dates back to the fifteenth century, when the adventurous navigators and explorers of old sailed west looking for a land of promise—for new lands, for the spring of perpetual youth—and it seemed to me that those white planes were symbolical of that.

They emerged from dark clouds, crossed the sky and entered bright clouds, lighted by the sun. It seemed to me that it was symbolic of the lives of many of our men over there who made the supreme sacrifice.

While we sincerely mourn their loss, we feel they went in a great undertaking, a great national emergency, and that they contributed their all to the success of the cause of freedom and right. We will not say that they lost their lives, notwithstanding
this tablet to their memory.

They did not lose their lives—they gave them—gave them willingly to their country, and for this we, their comrades, will always cherish and honor their memories and hold fast the principles for which they fought. 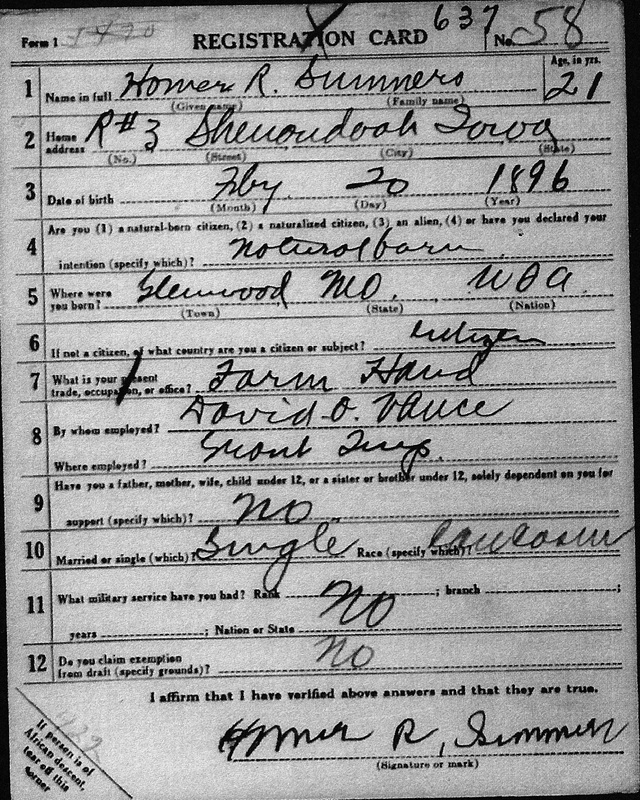 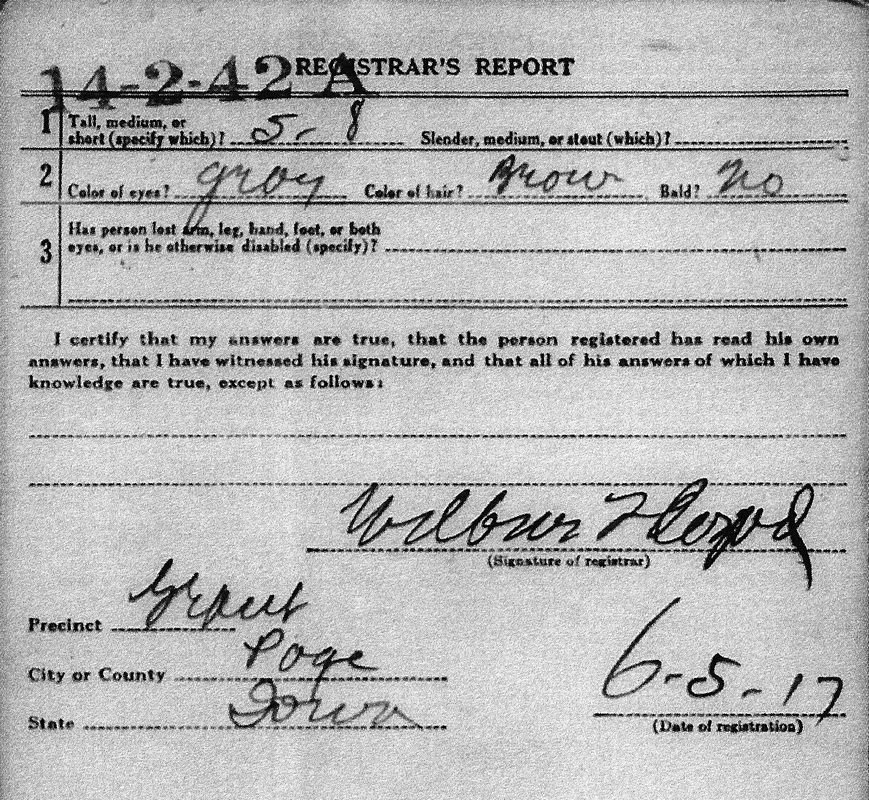 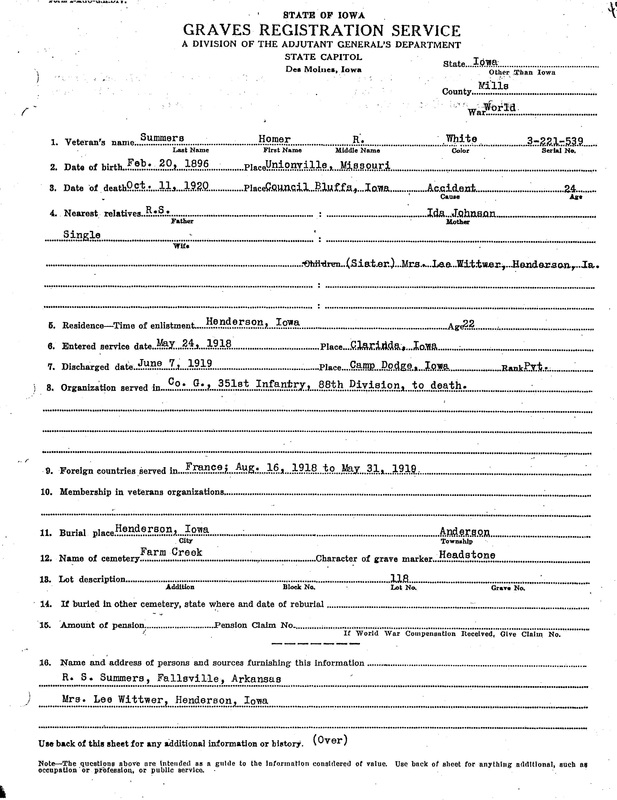