26 JUNE 1950
Retired Coast Guard officers, hired to help train the Korean Navy, are ordered to evacuate the Korean peninsula. The first Coast Guard contingent arrived in South Korea on 13 September 1946 to train a Korean "coast guard." The active duty officers came back to the U.S. when the Koreans decided to establish a navy in lieu of a "coast guard." Retired officers were then recruited to train the nascent naval force.

9 AUGUST 1950
Congress enacts Public Law 679, known as the Magnuson Act, which charged the Coast Guard with ensuring the security of the United States' ports and harbors, reinstituting a duty carried out during both World Wars. The Coast Guard establishes 29 new port security units to fulfill the task. The primary concern of the Coast Guard was to prevent sabotage of military cargoes bound for Japan and Korea. The law also authorized the Coast Guard to determine the loyalty of U.S. licensed merchant sailors, one of the more controversial duties assigned to the service since the Coast Guard enforced Prohibition.

20 JUNE 1951
The Coast Guard commissions two former-Navy destroyer escorts, the Foster and Koiner, the first two of a total of twelve that ultimately join the Coast Guard fleet. They were assigned to newly established ocean-weather stations in the Pacific designed to assist merchant and air traffic bound to and from the Korean peninsula. They provided accurate and up to date weather information, served as radio relay stations, and search and rescue platforms. The Coast Guard established new air search and rescue stations on Wake, Midway, and Adak islands as well.

20 DECEMBER 1951
The cutter Koiner, homeported at Seattle, assisted the tanker Bulkfuel and escorted it to safety.

16-17 AUGUST 1952
The cutter Forster, while on Ocean Station Sugar, searched for and found the merchant vessel Katori Maru drifting and burning.  The vessel was not salvageable and sank soon thereafter.

16 OCTOBER 1952
The Coast Guard establishes a Merchant Marine Detail in Yokohama, Japan to deal with the increased merchant marine traffic through Japan as a result of the Korean conflict.

5 JANUARY 1953
Coast Guard LORAN Station Pusan, code-named Elmo 4, commenced transmitting. The LORAN station, along with the other stations in the Far East Chain, guided both merchant and air traffic in the region.

18 JANUARY 1953
A Coast Guard PBM-5A, based out of Sangley Point, Philippines, crashed after attempting to take off in heavy seas near the coast of China. The crew had just rescued the survivors of a U.S. Navy P2V that had been shot down by Communist Chinese forces while it was flying a surveillance flight. Four Navy and five Coast Guard personnel perished in the crash. The survivors were rescued the following day by a U.S. Navy destroyer.

15 MAY 1953
The cutter Forster, homeported in Honolulu, assisted the merchant vessel Creighton Victory.

12 JULY 1953
The cutter Finch, while on Ocean Station Nan, unsuccessfully searched for the downed Transoceanic Plane 806 in the vicinity of Midway Island.

19-20 SEPTEMBER 1953
The cutter Ramsden, while on Ocean Station Uncle, stood by the USNS Private Frank J. Petrarca, until relieved by a tug. 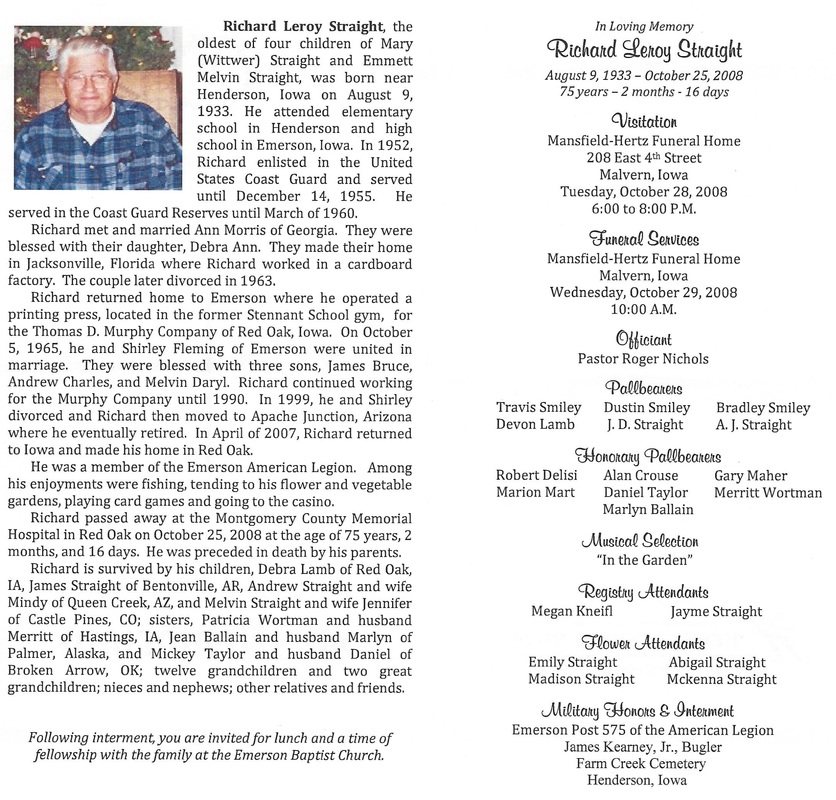