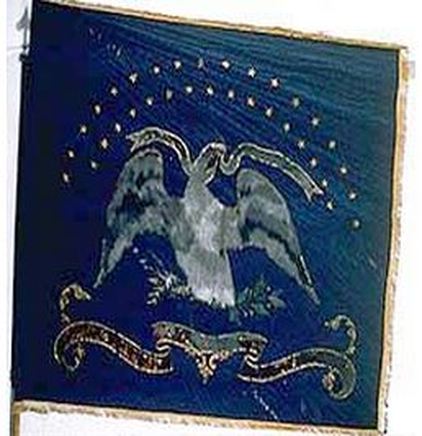 Branyan - Ireland and Pennsylvania
by pagenie 3 years, 9 months ago
I would like to find the county of birth for my great-great grandmother, Grace Branyan Stewart. She was born in or about 1825 in Ireland. Her husband was William H. Stewart, also born in 1825. Their first known child was John M. Stewart. He was born in Ireland in 1846. In 1850, John (then 3) and his mother, Grace, immigrated to the U.S. aboard the ship Patrick Henry. They may have been traveling with James Stewart, born 1805. Grace's husband, William, immigrated several months earlier. The Stewart Family lived in Allegheny City,(adjacent to Pittsburgh) Pennsylvania.
In the U.S., Grace was a member of the Presbyterian Church.

The following is taken from the “Report of the Adjutant General of the State of Illinois. (1900)” with minor editing by the webmaster.

The Regiment was first called into service under proclamation of the President, April 16, 1861; organized at Springfield and mustered into service April 30, 1861, by Captain Pope, for three months.

During this term of service the regiment was stationed at Villa Ridge, Ill., to June 20, then removed to Bird’s Point, Mo., where it remained performing garrison and field duty until July 30, when the regiment was mustered out, and re-enlisted for three years’ service. During the three months’ term the lowest aggregate was 882, and the highest 933, and at the muster-out was 916.

Upon the re-muster, July 13, 1861, the aggregate was 288. During the months of August, September, October and November, the regiment was recruited to an aggregate of 801. In the meantime were doing garrison, and field duty, participating in the following expeditions: September 9th to 11th, expedition towards New Madrid; October 6th to 10th, to Charleston, Mo.; November 3d to 12th, to Bloomfield, Mo., via Commerce, returning via Cape Girardeau; January 7th and 8th, 1862, expedition to Charleston, Mo., skirmishing with a portion of the command of Jeff. Thompson; January 13th to 20th, reconnaissance of Columbus, Ky., under General Grant; January 25th to 28th, to Sikestown, Mo.; February 2d, embarked on transports for Fort Henry, participating in campaign against that place; February 11th, moved towards Fort Donelson; February 12th, 13th and 14th, occupied in investing that place; 15th, heavily engaged with enemy about five hours, losing 329, killed, wounded and missing, out of about 509 engaged, of whom 72 were killed and 182 wounded; March 4th and 5th, en route to Fort Henry; 5th to 13th, en route to Savannah, Tenn., in transports; 23d to 25th, en route from Savannah to Pittsburg Landing; April 6th and 7th, engaged in battle of Shiloh, losing 27 killed and wounded out of 150 engaged; April 24th to June 4th, participated in siege of Corinth, thence marched to Jackson, Tenn., making headquarters there to August 2nd; participated in two engagements, July 1st and 2nd, towards Trenton, Tenn.; July 23rd to 28th to Lexington, Tenn.; August 2nd, moved to Cairo, Ill., for purpose of recruiting; remained at that point until August 23rd; thence to Paducah, Ky., remaining there until November 20th; in the meantime engaged in two expeditions - August 24th September 16th, to Clarksville, Tenn., via Forts Henry and Donelson - October 31st to November 13th, expedition to Hopkinsville, Ky.; November 20th the 24th, en route to Lagrange, Tenn., where the regiment reported and was assigned to Brigadier General McArthur’s Division, Left Wing, 13th Army Corps. From this time to January 12th, 1863, participated in campaign in Northern Mississippi, marching via Tallahatchie (where the regiment was engaged in a sharp skirmish); from thence to Abbieville; thence seven miles below Oxford; thence to Holly Springs, Moscow and Memphis, Tenn. Remained in Memphis until 17th, when embarked on transport and en route to Young’s Point until 24th, remaining there until February 11th, then moved to Lake Providence and assigned to the Seventeenth Army Corps, making headquarters there until April 20th, participating in expeditions to American Bend from March 17th to 28th; April 23, 1863, the One Hundred and Ninth Illinois Infantry was transferred to the Eleventh, 589 being the aggregate gained by the transfer. April 26th, regiment moved with column to rear of Vicksburg, via Richmond, Perkins’ Landing, Grand Gulf, Raymond and Black River, arriving before the works, May 18th; May 19th and 22d, engaged in assaults on the enemy’s works; then in the advance siege works to July 4th at time of surrender; the regiment losing the siege and assault one field officer (Col. Garrett Nevius) killed; three (3) line officers wounded and forty (40) men killed and wounded. July 17th; moved with expedition to Natchez, Miss., participating in expedition to Woodville, Miss. October 23th, returned to Vicksburg, Miss.; making headquarters there to July 29, 1864, in the meantime engaging in the following expeditions: February 1 to March 8, up Yazoo river to Greenwood, Miss., having skirmish at Liverpool Heights, February 5th, losing 4 killed and 9 wounded; action at Yazoo City, March 5th, losing one line officer killed, 8 men killed, 24 wounded and 12 missing; April 6th to 28th, at Black River Bridge; May 4th to 21st, expedition to Yazoo City, Benton and Vaughn’s Station, Miss., taking prominent part in three important skirmishes; July 1st to 7th, with an expedition to Jackson, Miss., under Major General Slocum, engaged with the enemy three times; July 29th, moved to Morganzia and was assigned to Nineteenth Army Corps, staying there to September 3rd; in the meantime participating in an expedition to Clinton, La., August 24th to 29th; September 3rd, moved to mouth of White river, Ark.; October 8th, moved to Memphis, Tenn., returning to White river, October 27th; November 6th and 7th, expedition to Gaines Landing; November 8th, moved to Duvall’s Bluff, Ark.; November 30th to December 4th, en route to Memphis, Tenn.; December 20th to 31st, expedition to Moscow, Tenn.; January 1st to 5th, 1865, en route to Kenner, La.; February 4th to 7th, en route to Dauphine Island, via Lake Pontchartrain; March 17th to April 12th, engaged in operations against Mobile, Ala., marching from Fort Morgan, participating in the investment and siege and final capture of Spanish Fort and Fort Blakely, and in the assault on the latter. April 12th, marched into and took possession of the city of Mobile, staying there until the 27th of May, when embarked in transport and moved via Lake Pontchartrain to New Orleans; from thence to Alexandria, La., remaining there until June 22nd; thence to Baton Rouge, La., to be mustered out of service; mustered out July 14th, 1865, and left for Springfield, Ill., for payment and final discharge. 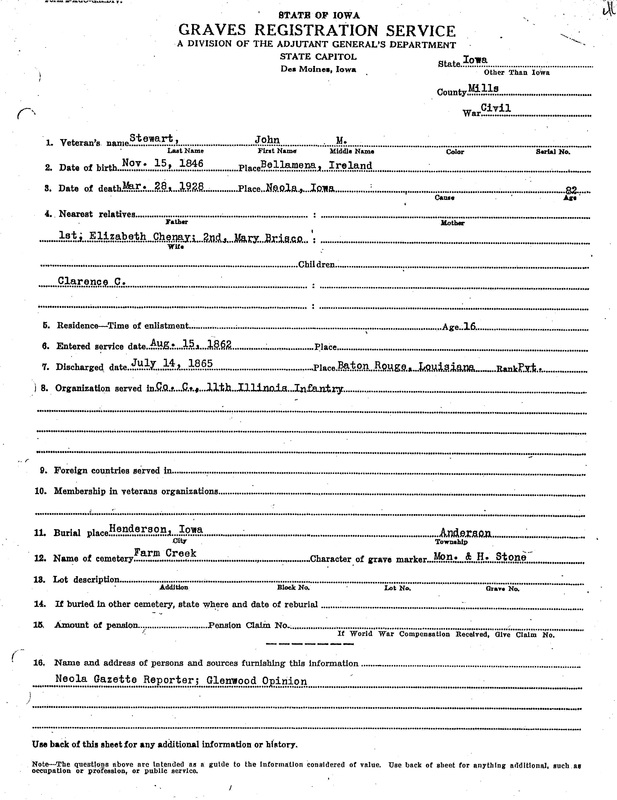