FROM
THE ARMY VETERINARY SERVICE DURING THE GREAT WAR, WW1
By
greg krenzelok

FROM
THE GREEN CROSS BRASSARD
The AMEDD Historian
Page 13
By
Robert S. Driscoll

Army medical personnel are associated with wearing a red cross brassard that distinguishes them as a non-combatant on the battlefield, and subsequently subject to different protocols under the Geneva Conventions. The protocols state medical personnel that fall into enemy hands are considered “retained” personnel as opposed to “prisoners of war,” however, not every Army Medical Department (AMEDD) Soldier falls in this protected category! One corps of the AMEDD wears a green cross brassard that identifies them as a medical Soldier, but not protected by the Geneva Conventions.


Although a part of the AMEDD since 1916, the Veterinary Corps was not granted the same protective status as their fellow AMEDD Soldiers. During World War I, Veterinary Corps officers carried pistols whereas no other AMEDD Soldiers carried weapons. Because of this weapons distinction, the Veterinary Corps was not granted Geneva Conventions protection. Between the world wars there was much discussion of how to distinguish Veterinary Corps personnel from other AMEDD personnel, and the answer was the brassard! In August 1940, the Medical Department supply catalog added the “Brassard, Veterinary Corps: Green Cross,” to the Army supply system. A year later, Army Regulations expressly provided that Veterinary Corps personnel would wear a green brassard. In 1941, an Army training manual discussing Geneva Red Cross Conventions stated, “Medical troops, installations, and equipment are to be protected so long as they are not used to commit acts injurious to the enemy. This protection is extended to the dental, but not to the veterinary service.” So there you have it, Army Veterinary Corps Green Cross brassard.

Malvern Leader
Thursday, December 29, 1955
Page 3
Obituary of Dr. R. L. South
Ralph Leroy South, son of James A. and Virginia May South was born Oct. 12, 1891 in Cass County, Iowa and passed away on Dec. 13, 1955 at the Red Oak hospital, after two weeks illness. His early years were spent on his parents farm. In 1914, he graduated from the Kansas City Veterinary College with the degree. Doctor of Veterinary Medicine. He came to Henderson, Iowa in the spring of 1914 and established a practice in veterinary medicine, and served this community in that capacity until his death, except for 18 months during World War 1. During this time he was commissioned a first lieutenant in the Veterinary Corps of the U . Army in 1917, and served until 1919. On October 24, 1918, he was united in marriage to Velma Evans of Henderson, one daughter. To this Barbara vas born. He was a member of the Mason c. Lodge, the American Legion he Iowa State Veterinary Medica \ssociatum and the America Veterinary Medical Associatioi ic was furnished by Mrs. Ida 'aul, and Mr. Carroll Phillips. ln- erment was made in the Hetuler- on Cemetery.


THANKS We wish In this way to express nir thanks and heartfelt aprecia- tion for the many cards, flowers ind other courtesies extended to us during the sickness and death of our husband and father, Dr. R. Li, South. Mrs. Velma South Barbara South.

Malvern Leader
Thursday, January 24, 1974
Page 18
Funeral Rites For Velma South Funeral services were held Tuesday, Jan. 15, 11 a.m. at the Henderson United Methodist church for Mrs. Velma Evans South, daughter of Elmer and Jennie Asell Evans. Her childhood was spent in the Henderson area where she grew to womanhood. Dr. South, a young veterinarian, had established his practice in Henderson. He joined the U.S. Cavalry, and was stationed at Ft. Sill, Okla. He sent for Velma, and she boarded the train in Henderson, arrived in Lawton, Okla., where they were married on Oct. 24, 1918. Following his service in World War I, they returned to Henderson to make their home. To this union one daughter was born, Barbara South, who is now a civil service employee, serving as an entertainment director for the Army, stationed near Kaiserslautern, Germany.
Velma South was an active member of the Henderson United Methodist Church, the Legion Auxiliary, Order of the Eastern Star, and the B.Y.K. Club, a local social group, of which the Charter Members were mostly old school friends. She took great interest in all community affairs, but her main interest centered in her home and family, she was a natural homemaker, gracious and unpretentious. She gave loving care to her parents in their last illnesses, and to her husband after his health failed. His death occurred December 1955; an only brother also preceded her in death.
Left to mourn her passing are her daughter Barbara; sister, Mrs. Juanita Melindy, Co. Bluffs, nieces, Mrs. Patricia. Holt, Mrs. Joan Bolton, Mrs. Betty Wright and Mrs. Virginia Nebola; nephews, Jim and David Blauvelt, sister-in-law, Mrs. Lela Blauvelt; brother-in-law, Levi South.
The Rev. David Nolle officiated, with Miss Mary Jane Steiner at the organ, as she accompanied Mrs. Wanda Williams as she sang, "In the Garden" and "Jesus Savior, Pilot Me." Mrs. Morris Harbor was in charge of the memorial book. Ushers were: Russell Asell and Max Stonebreaker. Caring for the flowers, Mrs. Leo Boileau, Mrs. E.N. Brown, Harry Paul, Glen Brown and Herman Coppock.
Interment was in the Farm Creek Cemetery with arrangements by McKee Funeral Home. Relatives from a distance attending funeral services for Mrs. Velma South were: Miss Barbara South, Kaiserslautin, Germany; Rev. and Mrs. Snow, Ellsworth, Minn.; Mr. and Mrs. Levi South, Harold Nobola, Massena; Mrs. Juanita Melindy, Mrs. Joan Bolton and family, Mrs. Betty Wright and family, all of Co. Bluffs; the Jim Holt family, Knoxville; James Blauvelt, Kentucky; Mrs. Beth Johnston, Trimble, Mo.; and a long time friend, Miss Martha Artist from Omaha, Mrs. Nina Phelps and Mrs. Rhea Sowers, Red Oak. 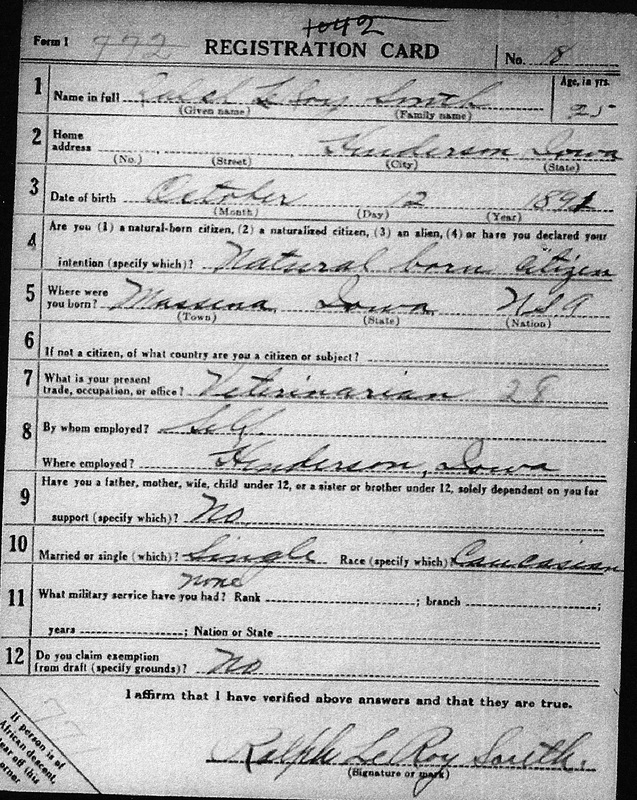 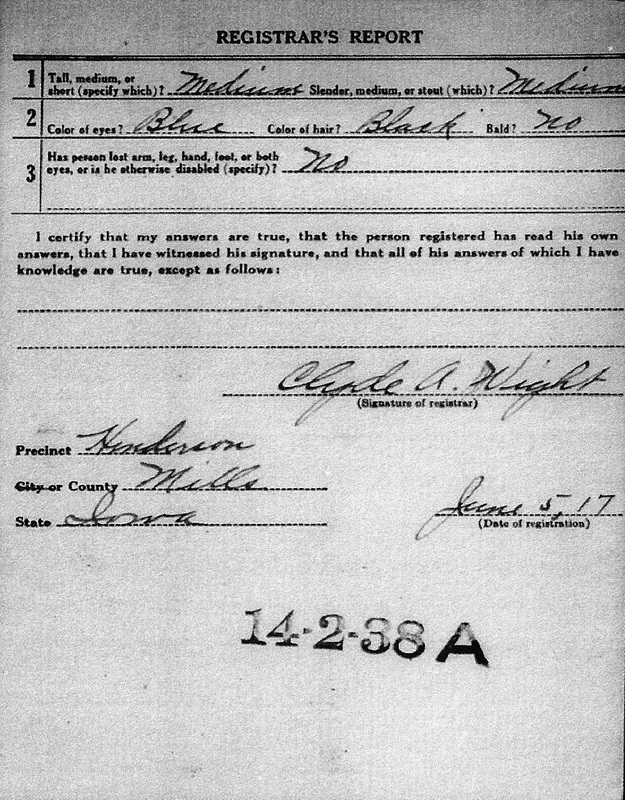