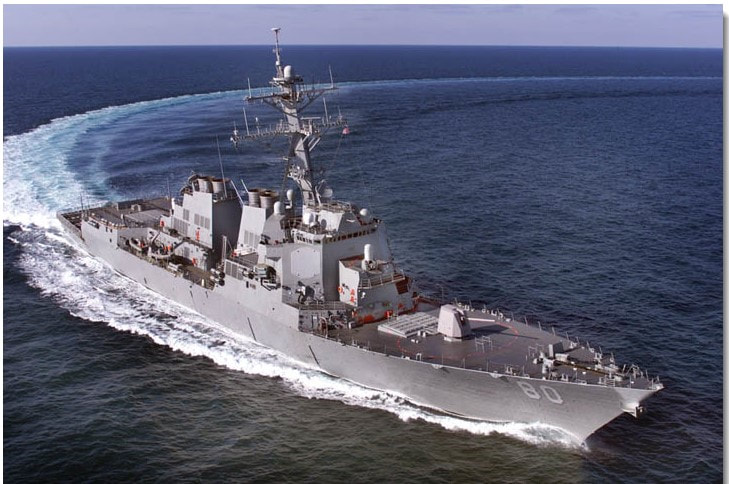 The mission of USS Roosevelt (DDG 80) is to conduct prompt, sustained combat operations at sea in support of U.S. national policy. She is equipped to operate independently in a high density multi-threat environment or as a member of a Carrier Strike Group or Expeditionary Strike Group.

Roosevelt is the 30th ship in the Arleigh Burke-class of Aegis Guided Missile Destroyers. Named in honor of President Franklin D. Roosevelt and his wife Eleanor, she represents the best of American shipbuilding and the most advanced combat systems capability that has ever gone to sea. The heart of the ship is the Aegis Weapons System, a seamlessly integrated radar and missile system capable of simultaneous operations defending against advanced air, surface, and subsurface threats. Roosevelt is capable of operating independently or as part of a Naval, Joint or Coalition Force.

Home to a crew of over 250, Roosevelt has most services associated with a small town at sea including dining, banking, ATM, laundry, postal and shopping facilities, over 10,000 line items of spare parts and a barbershop. A marvel of modern technology and engineering, Roosevelt is a powerful instrument of state, capable of sustaining herself at sea for months at a time. Roosevelt is the premier warship designed to carry out the U.S. Navy’s missions today and well into the 21st century.