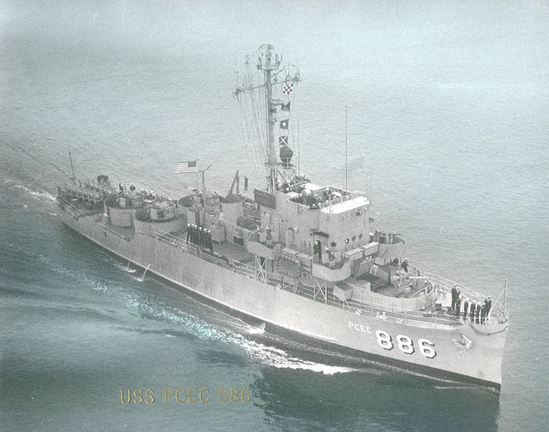 On June 22, 2012, surrounded by his family, Ray passed away due to cancer. Ray was born on a farm in Henderson, Iowa on September 20, 1933 to parents Virgil Raymond Morris and Florence Ada Morris. After graduating from Henderson High School, he joined the Navy. He was stationed on the USS PCEC 886 vessel as a radioman during the Korean War for four years. He served an additional four years in the reserves. He was honorably discharged in 1959. He returned to Iowa for a year to help his father on the farm. Ray then moved to San Francisco and worked for five years at the UC Medical Center. Later, Ray came to San Bernardino where he met his wife Joyce, were married, and raised their five children. Ray worked for Eureka Gas as a driver and serviced the mountain area for five yars. Getting tired of the snow, he joined Liberty National Life Insurance as an underwriter. He then went to Bell Brand Foods as a driver, where he retired. Ray was a Mason and a Shriner. He spent his retirement doing repairs on the then Bluffs Restaurant, his favorite local hangout, and doing sprinkler jobs for friends. He later hung out at Liam’s and the South Side Salon, where he had many friends. He was affectionately known as “Everyday Ray” to many. He also enjoyed eating at Goody’s Restaurant every morning.

Ray was preceded in death by daughter Janina Ciriclio, who sadly also died of cancer in 2010. He is survived by his wife Joyce of Yucaipa, daughter Jennifer Morris of Bloomington, son Raymond Morris II of Hesperia, son Richard Morris of Colton, and daughter Jessica Simpson of Colton. Grandchildren include John, Jenny Lynn, Chantel, Tyler, Raymond, Christopher, Bryar, and Emily. He is also survived by his two sisters, Marjorie Cleveringa of Sioux Center, Iowa and Doris Harmon of Henderson, Iowa.

Ray will be deeply missed by his family, friends and “fans” and will be remembered for his sense of humor, and the many, many jokes he could tell.