Walter's headstone indicates he was with the 162nd Depot Brigade. During World War I, Depot Brigades were Divisional elements that filled two purposes: One was to train replacements for the A.E.F. (American Expeditionary Forces); the other was to act as a receiving unit for men sent to the camps by draft boards. The 162nd Depot Brigade was at Camp Pike, Arkansas which served as a training camp for the 87th Division (Golden Acorn patch). Camp Pike was named for Brigadier General Zebulon M. Pike, of Pike's Peak fame.
Alphabetical Listing
Conflict
Find A Grave
Iowa Gravestone
Service Branch 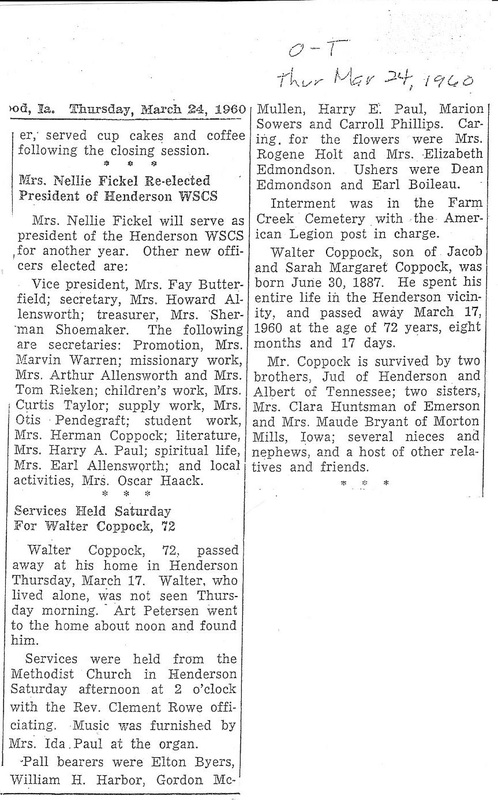 Malvern Leader
Thursday, March 24, 1960
Henderson Rites Saturday for Walter Coppock
Walter (Peck) Coppock, life long resident of Henderson, was found dead in his home about noon Thursday when Art Petersen took his lunch to him. The coroner thought death occurred around nine a. m. Mr. Coppock had not been feeling well, but had been up and about.

The following life sketch was read:

He was a member of the American Legion Post 530 in Henderson. He was preceded in death by his parents, four sisters and one brother. 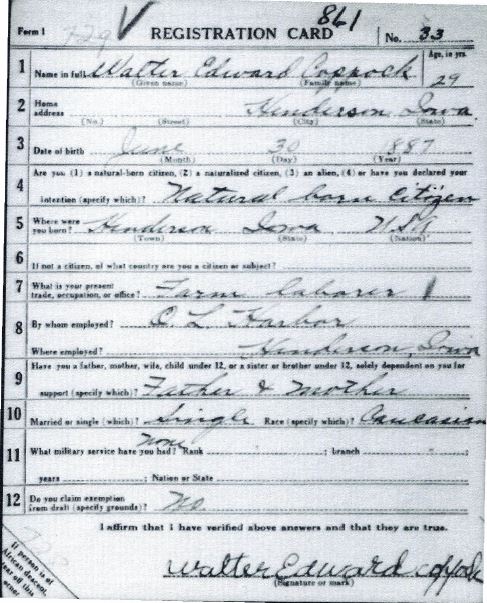 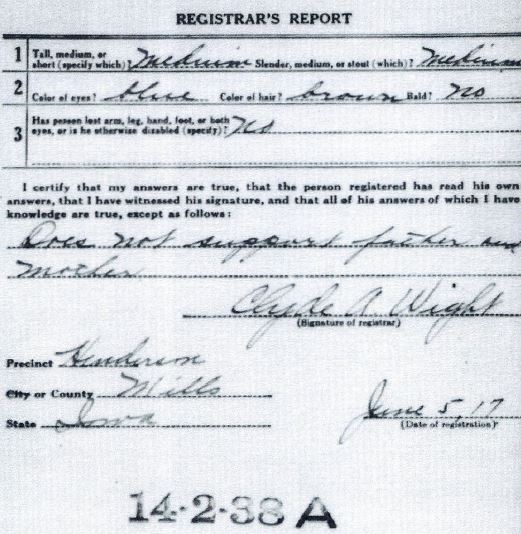