Funeral services were held Saturday afternoon at 2:30 at the Christian church for Martin Christofferson who passed away very suddenly at his home Wednesday evening. Rev. Harold Roth and Rev. Wm. Lee officiated. Jerry Duysen was soloist and Mrs. H. A. Paul pianist. Caring for the flowers were Gwendolyn Hendrix, Addie Fritcher and Dorothy Harbor. Bearers were Chester Sperry, Elmer Sperry, Edward Christensen, Chris Christensen, Marvin Sorenson and Omar Sorenson.
Interment was in the Farm Creek cemetery at Henderson. American Legion Post No. 530 in charge of services at the cemetery.
Martin Christoffersen was born August 17, 1894 in Halvrinmen, Denmark and passed away March 28, 1956 at the age of 61 years, 4 months and 21 days.
He came to the U.S.A. at the age of 16 years and has since made his home in this locality with the exception of 18 months which he spent serving his country in World War I.
He accepted Christ as his Lord and Master at an early age, affiliating himself with the Lutheran church in his native land, and has since been a member and helper of the Henderson Christian church.
He was united in marriage to Miss Melva Byers of Henderson, May 17, 1922 in Council Bluffs, and Henderson has since been their home. For the past 23 years he has driven a bus for the Henderson Consolidated School.
Surviving are his wife, Melva, and eight sisters, Mrs. Marie Christensen of Elk Horn, Iowa, Mrs. Pauline Gobel of Treynor, Mrs. Sebina Sperry, Council Bluffs, Mrs. Elizabeth Schmidt, Treynor, Mrs. Anna Pierce, Henderson, Mrs. Alvina Behrens of Underwood and two sisters in Denmark and many nieces and nephews. 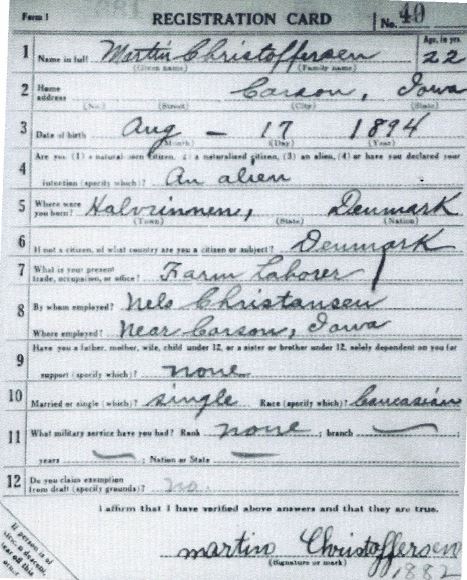 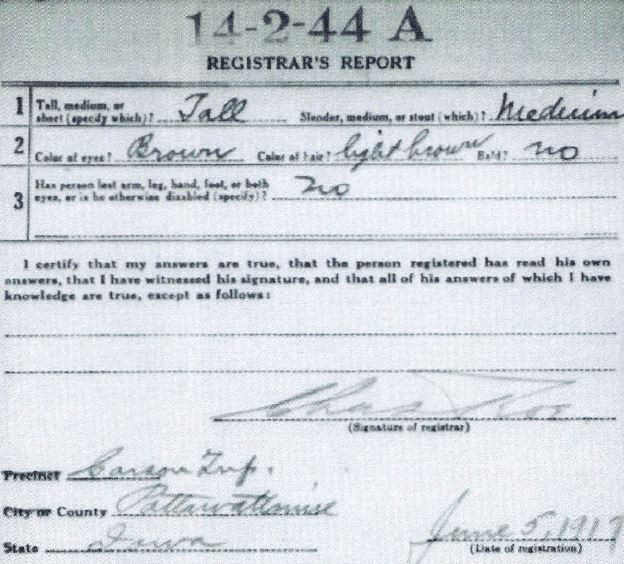