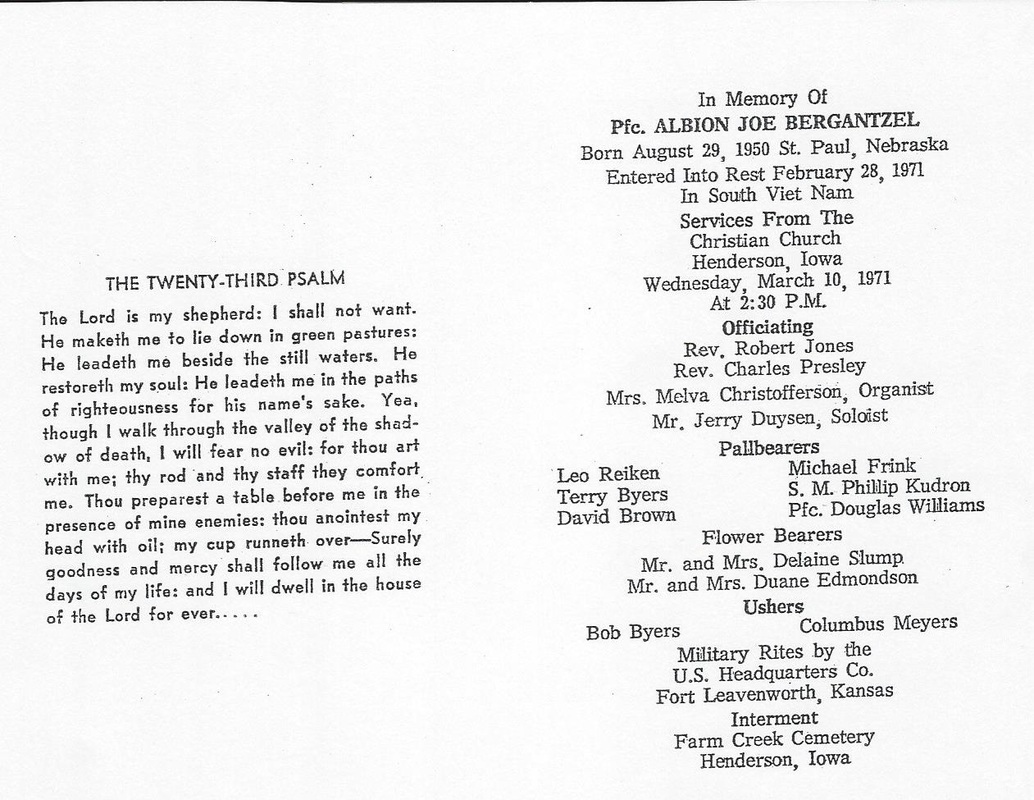 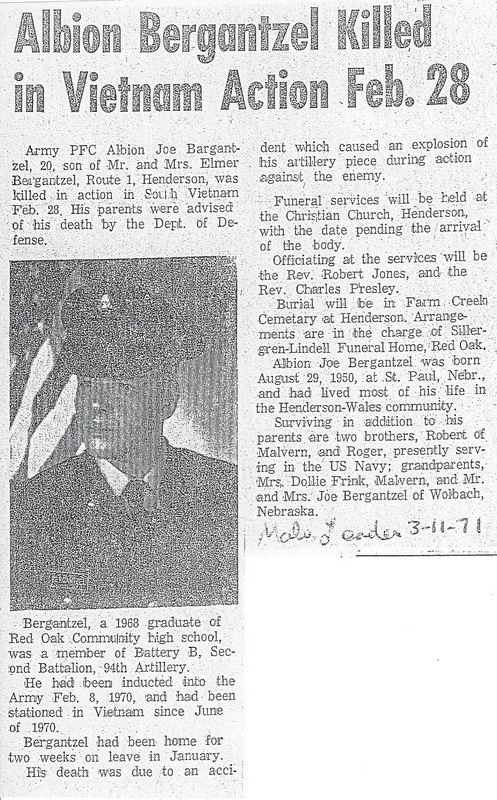 TYPED OBITUARY
Malvern Leader
March 11, 1971
Albion Bergantzel Killed in Vietnam Action Feb. 28
Army PFC Albion Joe Bergantzel, 20, son of Mr. and Mrs. Elmer Bergantzel, Route 1, Henderson, was killed in action in South Vietnam Feb. 28, His parents were advised of his death by the Dept. of Defense.
Bergantzel, a 1968 graduate of Red Oak Community high school, was a member of Battery B, Second Battalion, 94th Artillery.
He had been inducted into the Army Feb. 8, 1970, and had been stationed in Vietnam since June of 1970.
Bergantzel had been home for two weeks on leave in January. His death was due to an accident which caused an explosion of his artillery piece during action against the enemy.
Funeral services will be held at the Christian Church, Henderson, with the date pending the arrival of the body.
Officiating at the services will be the Rev. Robert Jones, and the Rev. Charles Presley.
Burial will be in the Farm Creek Cemetery at Henderson. Arrangements are in the charge of Sellergren-Lindell Funeral Home, Red Oak.
Albion Joe Bergantzel was born August 29, 1950, at St. Paul, Nebr., and had lived most of his life in the Henderson-Wales community.
Surviving in addition to his parents are two brothers, Robert of Malvern, and Roger, presently serving in the US Navy; grandparents, Mrs. Dollie Frink, Malvern, and Mr. and Mrs. Joe Bergantzel of Wolbach, Nebraska.
City of Henderson, Iowa
Henderson Community Building
310 Maple Street
Henderson, Iowa 51541
1 (712) 825 5151
henderson.city@gmail.com